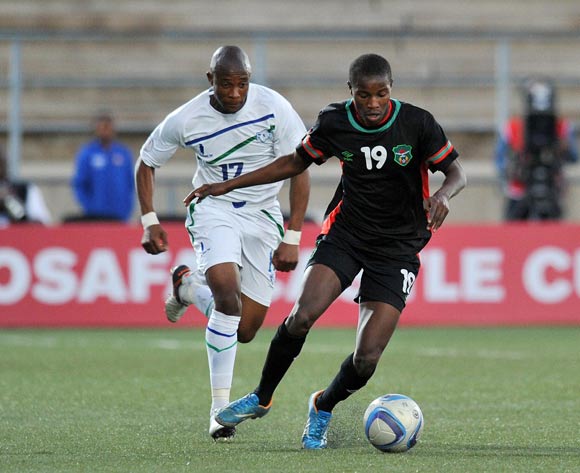 Information filtering through from Malawi is that caretaker coach Nsazwirimo Ramadhan could land the job on a permanent basis.
The NyasaTimes website reports that the Football Association of Malawi is set to discuss his future this coming Saturday.
Together with former Flames defender, Patrick Mabedi, Ramadhan could be handed the reigns as they led the national team to a 1-0 win over Swaziland last weekend.
The win came at a time when the Flames' supporters were losing hope on the team, but have now backed the care taker coach.
Quoted by the website, FAM  general secretary, Suzgo Nyirenda hinted that the technical committee will meet on Saturday to assess his performance.
SAFA PARTS WAYS WITH SHAKES MASHABA
However, Nyirenda is reported to have praised the hard fought 1-0 win over Isihlangu Semnikati under the guidance of Ramadhan which could mean the Burundian has a good chance of earning the job on a permanent basis.
“The technical sub committee wound meet on Saturday to see who will be recruited as national team coach,” Nyirenda said.
“But having won they have an advantage for him to be recommended for the position. But I can’t say that he has the job.”
Furthermore, reports have emerged that he will be earning in the region of US$30,000 monthly which is seen as a good deal considering what he used to earn at Nyasa Bullets.
“I would like to thank the government of Malawi, Football association for offering me this chance,” Ramadhan said.