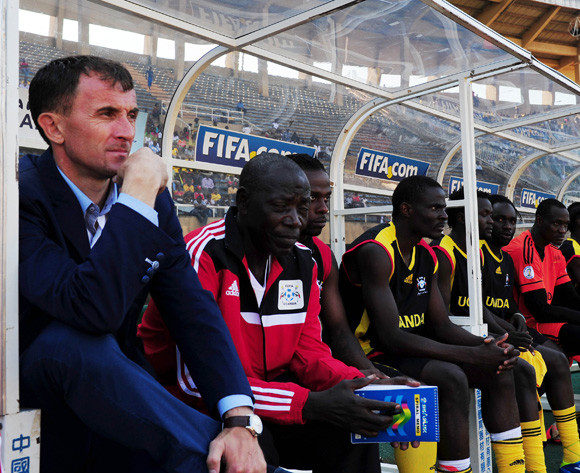 Milutin 'Micho' Sredojević has singled out his success in leading the Uganda Cranes to their first Africa Cup of Nations tournament in 38 years as his greatest coaching achievement thus far.
Uganda successfully qualified for the 2017 Africa Cup of Nations as one of two best placed runners-up, having finished second behind Burkina Faso in Group D.
The 1978 AFCON runners-up beat Comoros 1-0 in Kampala on Sunday to seal their ticket to Gabon; having accumulated a total of 13 points from their allotted group fixtures.
Key to Uganda's success was away wins in both Comoros and Botswana; the 2-1 victory in Gaborone proving particularly important for the East Africans.
“This campaign we managed two wins away from home," said Micho in the aftermath. "The result in Botswana was the day we displayed our credentials, today [against Comoros] we just presented them for approval to be stamped.
The Serbian tactician, who took over the reins of the Uganda national team in May 2013, was unsurprisingly delighted to have qualified for the AFCON tournament - marking the achievement as his greatest yet.
"I am very proud and happy because I have one belief. I have won 14 league titles in five different big clubs on the African continent. I have won the Cecafa Club and Senior Challenge Cup. I have qualified Uganda two consecutive times to CHAN and I have been to the semifinals of the Caf Champions League and Confederation Cup three times, but all this cannot be compared," Micho is quoted as saying by SuperSport.com.
"You cannot say that you have coached in Africa if you have not coached at, what I want to call the "World Cup" for us here in Africa, our Africa Cup of Nations which is the biggest pride and I am very happy that we have achieved that feat."