Eagles will get bonus for Tanzania win - NFF 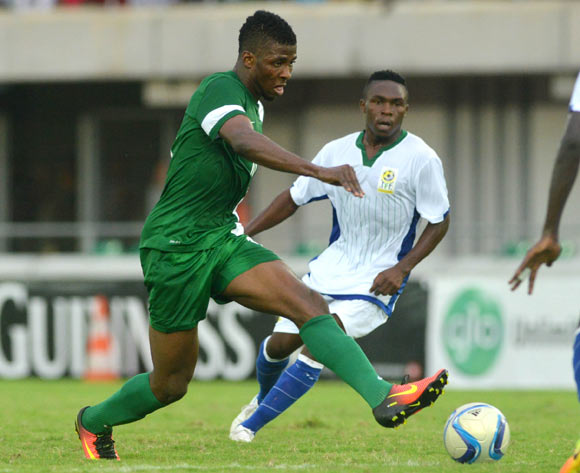 Kelechi Iheanacho vs Tanzania in Uyo in September

The Nigeria Football Federation (NFF) will still pay the Super Eagles a bonus for a 1-0 win over Tanzania at the weekend, officials have disclosed.

NFF spokesman Ademola Olajire said on a radio programme Wednesday morning that the Eagles will be paid the match bonus possibly before next month’s World Cup qualifier in Zambia.

“They will be paid the bonus later, possibly before the World Cup qualifier in Zambia,” Olajire announced.

Nigeria travel to Zambia on October 3 to begin their qualifying campaign for Russia 2018.

The players were left fuming after a cash gift of 10 million Naira by Akwa Ibom State Governor Udom Emmanuel was used to offset their camp allowances.

Cash-strapped NFF have insisted this 10 million was part of the money donated by the Governor to help them organise the AFCON qualifier in Uyo.