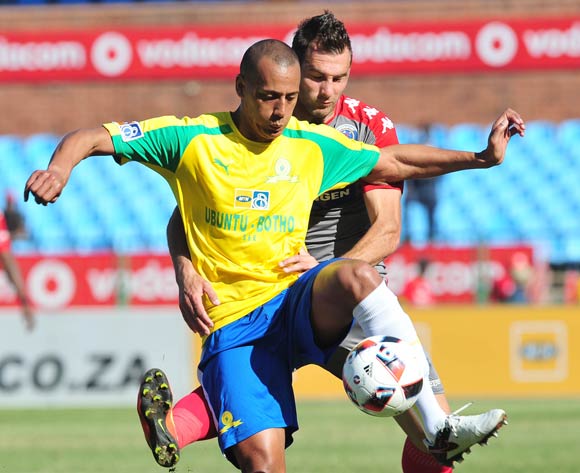 Chippa United will take on the challenge of hosting Mamelodi Sundowns for the first leg of their MTN8 semifinal at the Nelson Mandela Stadium on 11 September 2016, kick-off at 15h00.

Chippa booked their place in the final four thanks to a 2-0 win over Platinum Stars in the quarterfinals. Rhulani Manzini and Manzi Masuku scored the goals for the Eastern Cape side in their MTN8 debut.

Sundowns, meanwhile, powered into the semis with a 3-1 win over Tshwane rivals SuperSport United. Sibusiso Vilakazi, Wayne Arendse and Khama Billiat netted for the Brazilians as they advanced to the MTN8 final four for the first time since 2012.

This will be the second cup match between Chippa and Sundowns. The teams’ first was in the last 16 of the Telkom Knockout last season, with the Brazilians winning 2-0 thanks to goals from Keagan Dolly and Hlompho Kekana.

In all competitions, Chippa and ‘Downs have clashed in seven matches since 2012/13 when the former was first promoted to the top flight. The Brazilians boast an unbeaten record in the sequence, with five wins and two draws.

Sundowns claimed a league ‘double’ over Chippa in the top flight last season, winning 1-0 in the Eastern Cape and 3-0 in Tshwane.

The return game for this MTN8 semifinal will be played on September 21 at Loftus Stadium, kick-off at 19h30.