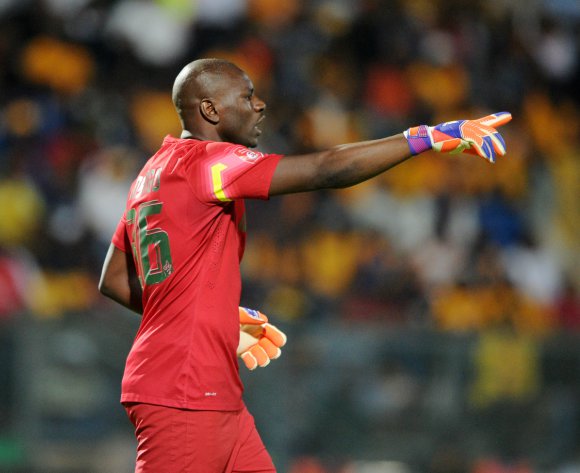 Mamelodi Sundowns head coach Pitso Mosimane has reserved special praise for Denis Onyango; highlighting his importance to not only the Tshwane club, but also his country.

The 29-year-old played a key role in helping the Uganda Cranes qualify for their first Africa Cup of Nations since 1978, the East Africa nation confirming their place at next years showpiece with a 1-0 win over Comoros last weekend.

"He is the Sportsman of the Year in Uganda, he is 'god' there - he is unbelievable,"said Mosimane. "We always joke and say that the team starts with him, he is the assistant coach...when the national team is called up he sits with the coach, we are making a joke obviously. "

Mosimane also acknowledged the significant impact made by the 2015-16 Premier Soccer League Goalkeeper of the Season at Chloorkop, especially over the past two seasons with the Brazilians eyeing 2016 Caf Champions League glory with Onyango in goal.

"You see his contribution here at Sundowns, for me what is good about Onyango is his patience," Mosimane continued.

"He played second fiddle to Wayne Sandilands, second to Moeneeb [Josephs] and I said to Onyango, 'hey Denis you are almost 30 my friend, you have to play - transfer the form you have for your country and claim the position'. He did that and ever since he has been exceptional, he is a leader.

"Whenever he is there he is helping, but when he is not there we can count on Kennedy [Mweene] and Wayne - we are lucky.

"Onyango is a big influence on the team and the most important thing; in a match on crosses and set-pieces, he makes us feel comfortable.

"After 38 years...unbelievable achievement for the country and I am so happy for Micho," Mosimane concluded.