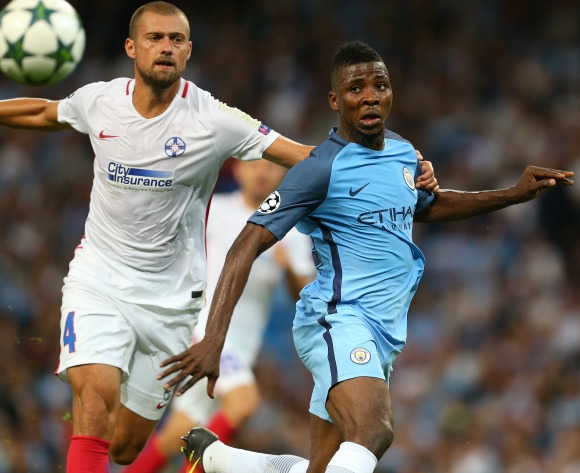 Nigeria striker Kelechi Iheanacho has said it is a dream come true to start for Manchester City against Manchester United in today's derby.

He replaces the suspended Sergio Aguero, who starts a three-match ban with this game.

He will play in attack alongside Nolito and on-from Raheem Sterling.

“The manager (Pep Guardiola) gives me a lot of confidence.

“It will be a great feeling to score in the Manchester Derby, let’s wait and see.”

He has yet to get off the mark this season in two appearances.

His confidence must have been boosted after his late wonder goal gave the Super Eagles a home win over Tanzania at the weekend.

Both Manchester giants have won their first three matches of the new season.