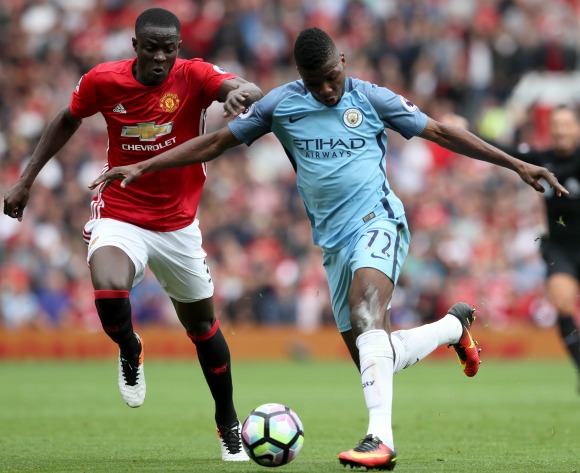 Iheanacho goes for goal in the Manchester Derby today

City have now won their first four league matches this season and are top of the table on 12 points.

It was United's first loss of the season.

The 19-year-old Nigeria international’s 36th minute goal proved to be the difference between the two Manchesters at Old Trafford on Saturday.

Iheanacho, who started this derby in place of the suspended Sergio Aguero, also assisted for the opening goal by De Bruyne.

He headed on a long ball ahead of his marker Eric Bailly for De Bruyne to go on and fire home.

He will later be replaced in the 53rd minute in what was considered a defensive change as United fought back to get something from this derby.