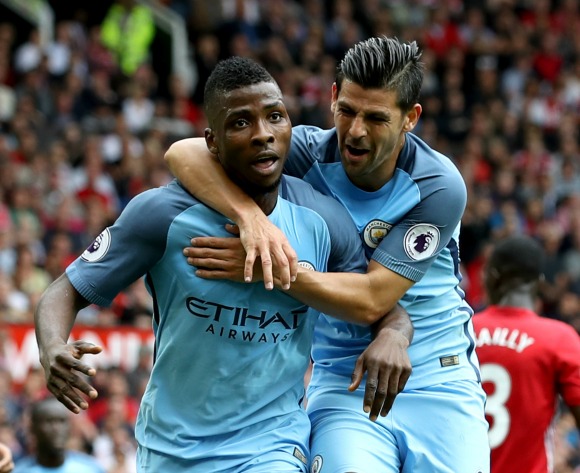 Kelechi Iheanacho has said it means the world to him to be the match winner for Manchester City against city rivals United today.

At 19, he became the youngest ever City scorer in this Derby.

“I am so happy to score the winning goal in the Manchester Derby,” he said after the game.

“I am very happy for my team, we worked very hard to win this game.

“I was at the right place at the right time, I never anticipated the ball, but luckily I got the winning goal.”

Belgium star Kevin De Bruyne was the man of the match.

He opened scoring for City off an assist by Iheanacho after 15 minutes, before he then assisted for the Nigeria star to fire the winner on 36 minutes.

“I assisted him for his goal and he assisted me for mine,” he said as he presented his City teammate with the man of the match award.