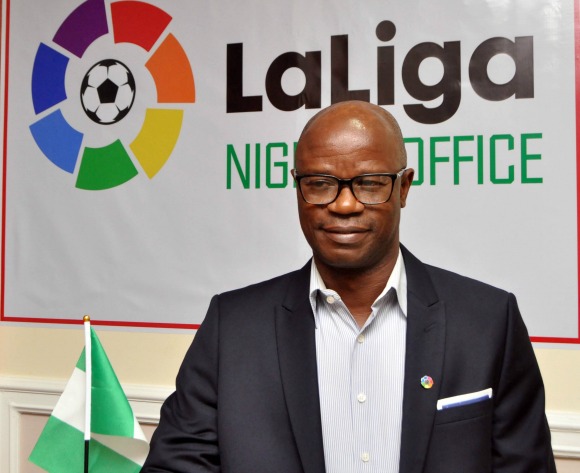 Mutiu Adepoju - From the pitch to the office

Ex-Nigeria World Cup star Mutiu Adepoju has admitted his failure to break into the Real Madrid first team was his biggest regret in over a decade of action in La Liga.

The 45-year-old Mutiu is now the La Liga country manager in Nigeria.

He joined Real Madrid second team Castilla after the 1989 FIFA U20 World Cup in Saudi Arabia with the hope he will progress to Real, but it was not to be.

“Probably, not been able to break into the Real Madrid first team would be a regret, but generally, I enjoyed my time in La Liga,” he recounted.

“Today, Spain is home to my family as we have dual nationalities.”

He further said that it was his exploits at Castilla that earned him a call-up to the Super Eagles.

“I did well as Castilla, winning them promotion from division 2B to 2A and that was why I was invited to the Super Eagles,” he said.

Mutiu will later move to Racing Santander and also won them promotion to La Liga, before he helped Real Sociedad to qualify for the UEFA Cup.