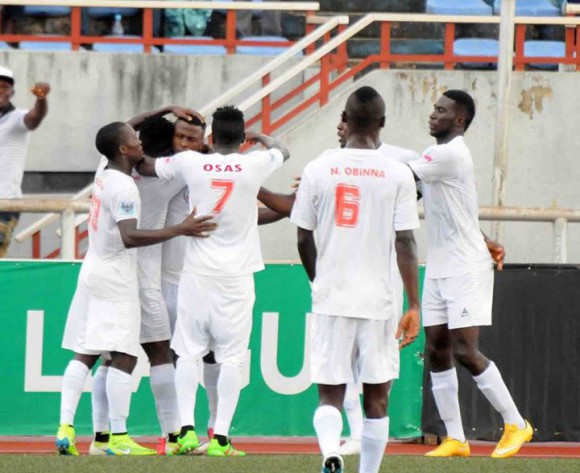 Rangers are off to Algeria

Even though Rivers United are top of the Nigeria league table, the championship is for Enugu Rangers to lose as they have the easiest last three matches than their closest rivals.

Rangers, on 54 points, will be expected to beat Sunshine Stars at home on Wednesday and despite their recent resurgence bottom club Ikorodu United should not stop ‘The Flying Antelopes’ ambition in Abeokuta.

They will then be crowned champions with a home win against El Kanemi Warriors on the final day of the season.

Rivers United lead the standings on 56 points, but their title credentials will be seriously tested when they play away to fellow Wikki in Bauchi on Wednesday.

Even their last home game against relegation-troubled Abia Warriors will not be a walk in the park before they face another difficult clash at Abia Warriors.

IfeanyiUbah are away to both Lobi and MFM with a home game against Enyimba, while Wikki are home to Rivers united and Sunshine Stars and away to Shooting Stars.


Vs Rivers United (home)
Vs Shooting Stars (away)
Vs. Sunshine Stars (home)