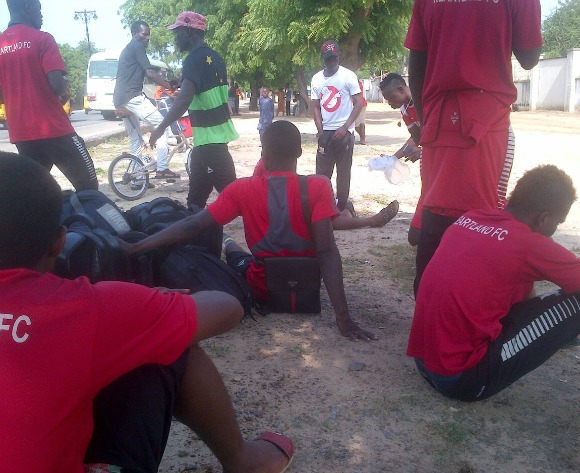 Injured Heartland players after the crash in Maiduguri

Eight Heartland players are now in hospital after they were involved in a car crash Wednesday afternoon in Maiduguri with the club chairman insisting they are not in a position to play Thursday rescheduled league game against El Kanemi.

Heartland are scheduled to play a rescheduled game with hosts El Kanemi on Thursday after the original fixture last weekend was shifted due to a flight booking mix-up.

Heartland chairman Goodfaith Etuemena disclosed that eight players including the team manager are now in hospital after the bus they were travelling in from the Maiduguri airport was involved in a crash with a military vehicle.

“We have eight players and the team manager right now in hospital,” he reported.

“This is a match we do not wish to lose, but unfortunately we are not mentally prepared to play it even though El Kanemi are forcing us to play.”

Heartland are third from bottom with 37 points from 32 matches, while El Kanemi are 12th on 45 points.