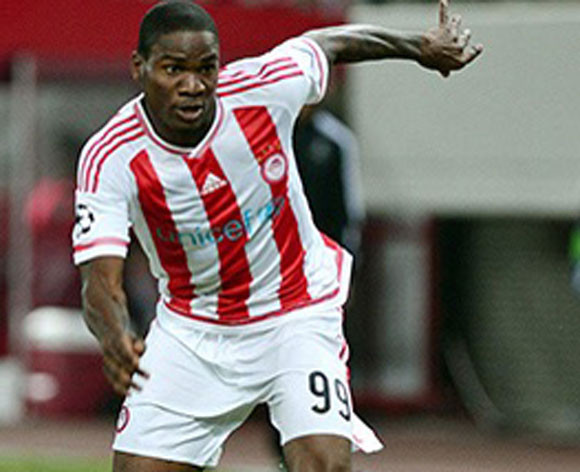 Nigeria striker Brown Ideye has said he expects Olympiacos to enjoy a fine run in the UEFA Europa League despite major changes at the Greek champions in the off-season.

Last season, the Athens club won their sixth straight Greece championship under Marcos Silva and are now under the guidance of another Portuguese coach Paulo Bento.

Several players including Alan Pulido and Hernani have also departed the club.

“It was important that we qualified for the group stage of the Europa League,” said Ideye, who scored a hat-trick on the opening day of the new league season.

“We have a new coach and three of our top players have left, so there have been changes in the club, but we want to go as far as we can in the Europa League.”

Ideye scored an extra-time goal to qualify Olympiacos ahead of Portuguese club Arouca to the group stage of the competition.

Olympiacos won the first game 1-0 in Portugal, only for Arouca to draw level on aggregate in Athens.

Olympiacos then drew level in extra time before Ideye netted in the 114th minute to send his club through.

Besides Young Boys, Olympiacos are also drawn in the mini-league stage of the Europa League with APOEL of Cyprus and Astana from Kazakhstan.