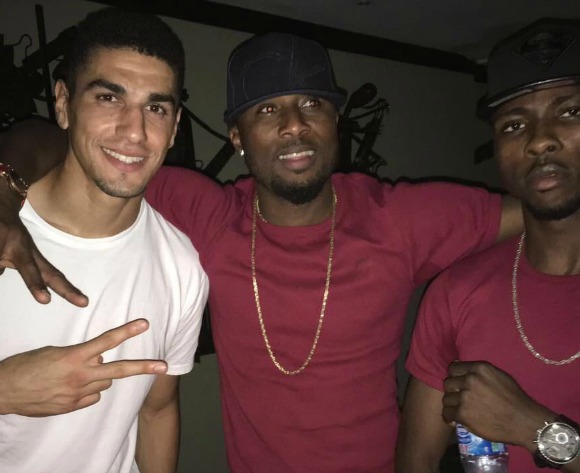 Generous Manchester City ace Kelechi Iheanacho will celebrate his new bumper contract, which now pays him 85,000 pounds a week, by buying his closest friend a £ two million mansion in a choice neigbourhood of Manchester.

Nineteen-year-old Iheanacho, who earned between 10,000 and 18,000 pounds a week before his new deal at The Etihad, is now in the big time and now wishes to splash on Kingsley Ogbodo, who has helped him to settle down in Manchester.

Ogbodo from Enugu State was himself a footballer and even tried his luck in Hungary before he came down to England “to hustle”.

He first hooked up with Chidiebere Nwakali, who is also on the books of City but currently on loan at Norwegian club IK Start, after a chance meeting at a Manchester night club.

And it was Nwakali who introduced him to Iheanacho, and ever since Nwakali left Manchester to first start out on loan in Spain, Iheanacho and Ogbodo have been inseparable.

“They are like twins, they are everywhere together and often wearing the same designer clothes and accessories,” revealed a top source.

“He is Kelechi’s trusted travel companion, he accompanied him back to Nigeria on holidays at the end of last season. He was also by his side for the recent international duty against Tanzania in Uyo.

“Ogbodo is Kelechi’s righthand man, his closest confidant, after he dedicated the last few years to make sure the football star is very much at home in Manchester.

“He is street-smart, a man about town and totally committed to Kelechi.”

It is that dedication that Iheanacho now wishes to repay with the gift of a mansion in Greater Manchester.