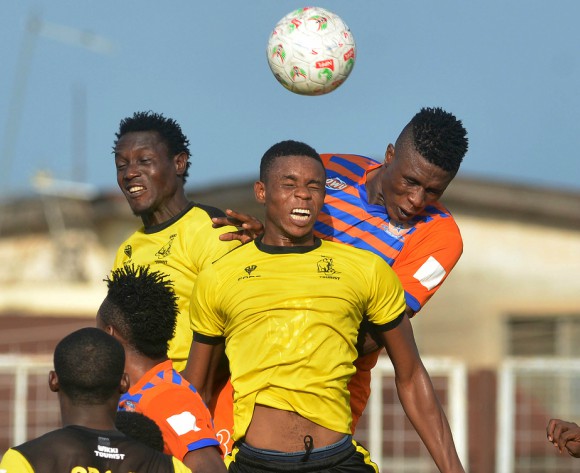 Wikki Tourists coach Abdu Maikaba has insisted his club will still be gunning for the Nigeria league crown despite recent losses pushed them down to fourth on the table.

Wikki are now on 51 points, five points behind leaders Rivers United with three rounds of matches to play.

On Saturday, they will get their title hopes back on track with a home win over Rivers United.

“It will be totally out of place for Rivers United to think they could come to Bauchi to pick any points,” declared Maikaba.

“It will be tough to beat Rivers United, but if you wish to be a champion, you must scale the hurdles in front of you.

“I have told my players that to win the league we must have the attitude of champions.”

Wikki are still smarting from a last-minute 2-1 loss at Nasarawa United last weekend, which has adversely affected their title aspirations.

“We almost got all three points at Nasarawa United, which would have improved our chances of winning the league for the first time,” Maikaba said.

“But all hope is not lost because we can’t afford what happened to us last season to repeat itself.”

Last season, Wikki were pipped to continental football by Nasarawa on goals difference after both clubs finished on the same number of points.

After Rivers United this weekend, they will play away at Shooting Stars before they wrap up their campaign at home to Sunshine Stars.