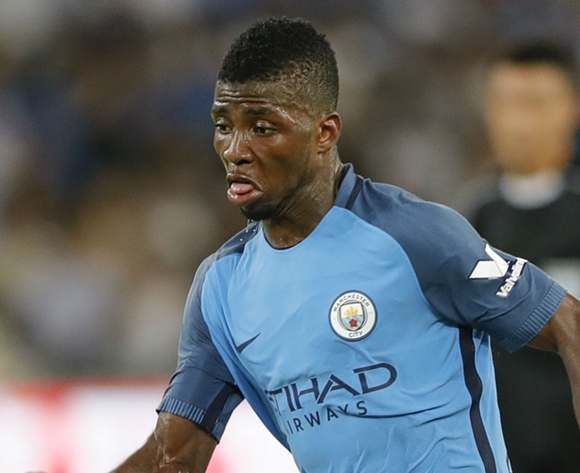 Kelechi Iheanacho scored his third consecutive  goal this season and provided an assist as Manchester City extended their winning streak after a 4-0 thumping of Bournemouth.

City are top of the table with 15 points from five matches with a +11 goals difference.

Iheanacho scored his second league goal this season after 25 minutes, before he provided an assist for Raheem Sterling to get City’s third goal on 48 minutes.

It has been unforgettable two weeks for the 19-year-old Nigeria striker, who has scored in the four games he has featured in that period.

He will then net his first UEFA Champions League goal against German Bundesliga side Borussia Monchengladbach at The Ettihad.

In another Premier League game, compatriot Alex Iwobi was credited with two assists as Arsenal won 4-1 at Hull City.

It looked like Iwobi had scored his first league goal for the season when Arsenal went in front after 17 minutes, but the goal was later credited to Alexi Sanchez with Iwobi the provider.