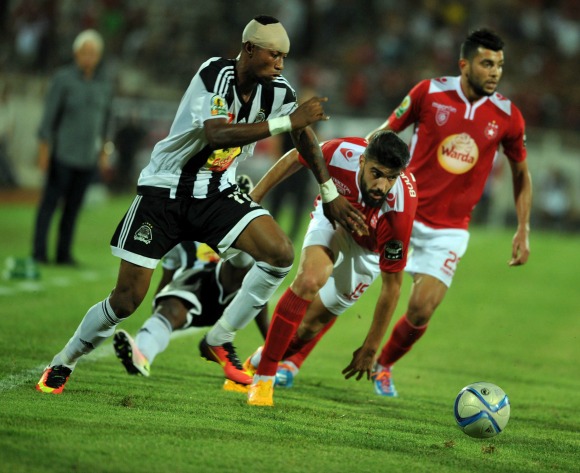 TP Mazembe will be clear favourites to advance to the 2016 Caf Confederations Cup final following a 1-1 stalemate at the Stade Olympique de Sousse in the first-leg semifinal on Saturday.

Roger Assalé netting the all important away goal for the Ravens. As a result, Étoile du Sahel are left with a mountain to climb in the reverse fixture at Stade TP Mazembe on the 25th of September.

The Tunisian giants would open the scoring on the night, with Hamza Lahmar's free-kick somehow making its way into the back of the net in the 20th minute of the clash.

The Red Devils midfielder failed to strike his effort with any real conviction, but it still managed to beat the Mazembe wall and the Ravens evergreen shot-stopper Robert Kidiaba - the ball also hitting the inside of the post on its way into the back of the net.

Mazembe, though, would get the goal they craved seven minutes into the second stanza.

Assalé leveling matters on the day with a low shot past Aymen Mathlouthi from a tight angle. Having played an important role in the Red Devils success last year, the Étoile goalkeeper will have to take most of the blame as he was found wanting at his near post.

Thinking that the Ivory Coast international would square the ball to Jonathan Bolingi, Mathlouthi stepped away from his post only for the Mazembe forward to go for goal himself.

The hosts pressed forward in search of the winner, but the Ravens defence held firm as they move one step closer to their first Caf Confederation Cup crown; having won the Caf Champions League on five previous occasions.