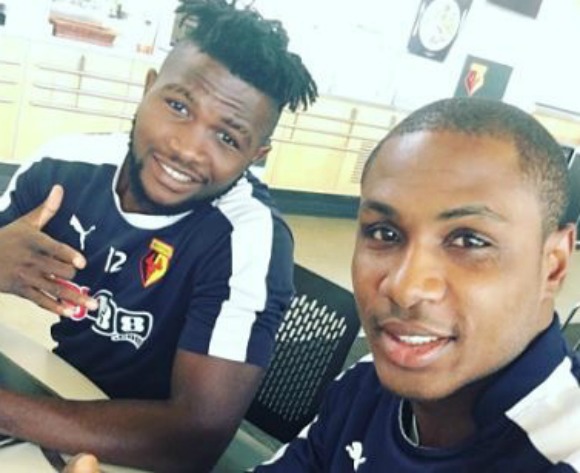 Ighalo (right) with Success at Watford

Nigeria U20 star Success dribbled his way into the United box just moments after he replaced compatriot Odion Ighalo, Watford teammate Juan Camilo Zuniga was then fouled as he tried to control the through before skipper Troy Deeney made no mistakes for Watford to win 3-1 at home.

The big home win will save Ighalo some blushes after he blasted wide a sitter in the first half.

The Hornets are now ninth on the Premier League table with seven points from five matches.

It was United’s third straight defeat after they lost to Manchester City in the league and Feyenoord in the UEFA Europa League.