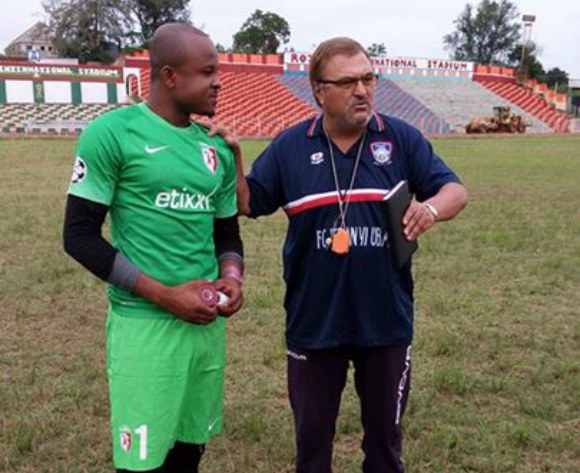 Crown from the second-tier Nigeria National League (NNL) have already accounted for Rangers and Wikki Tourists in this year’s cup competition.

“We will not underrate Crown because they have proved to be a very good team after they sent packing teams like Rangers, Wikki and Niger Tornadoes,” said Ezenwa.

“We are fully prepared for tomorrow’s match in Kaduna.”

The Super Eagles goalkeeper has recovered from an injury he suffered in Sunday’s league game at home against Enyimba.

The second semi-final of the Federation Cup is between Enyimba and Nasarawa United.

It will be played on October 9 in Ibadan.

The eventual cup winners will represent Nigeria in next year’s CAF Confederation Cup.