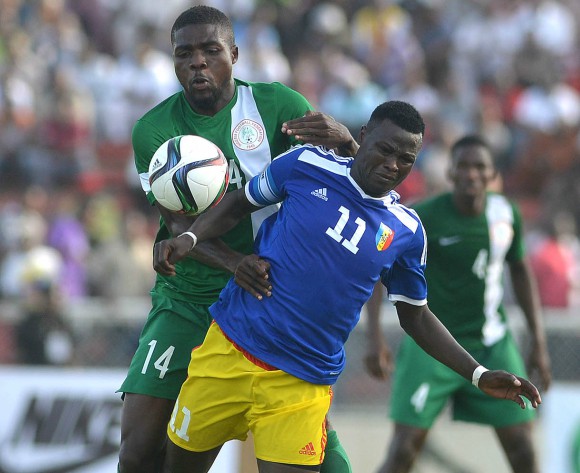 John Ogu has denied a media report which claimed his continued absence from the Super Eagles is because he fell out with a senior member of the team.

Ogu, who last played for Nigeria in June 2015, when he came on as a second half substitute in Nigeria's 2-0 Africa Cup of Nations qualifier against Chad, however, said he never fell out with anyone from the Super Eagles.

He said: "I am shocked to have read that. I have never insulted or fallen out with anyone in the national team, I respect everyone from the federation, coaches, players to the backroom staff."

The 28-year-old has also not been considered for the World Cup qualifier against Zambia next month despite having a solid start to the season, continuing from where he left off last term.

But he has maintained he will continue to work hard to keep on improving himself.

"I just want to keep working hard to improve myself as a player," Ogu said.

Ogu was on for 90 minutes for Hapoel Be'er Sheva in a goalless draw with Premier League club Southampton in the UEFA Europa League on Thursday night.