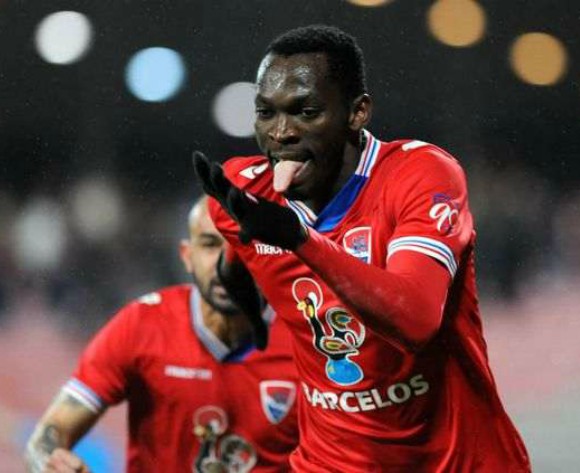 Nigerian striker Simeon Tochukwu Nwankwo has backed himself to shine in the Italian Serie A after he proved he can score goals in Portugal.

Nwankwo, who is simply known in Europe as ‘Simy has scored twice in four games for newly promoted FC Crotone this season.

"Playing in the Seria A is a huge achievement for my career after I joined from Portuguese league," he said.

"The Seria A is a tough league, but I thank God I am gradually finding my feet in the league having scored two goals in the four matches played so far.

"The defenders are very sharp and they have great anticipation but I am equal to the task."

The little known striker played for Gil Vicente in the Portuguese Premier league, where he was one of the top scorers with 11 goals.

Unfortunately, Gil Vicente were relegated to the lower league the following season and in the 2015/16 season, ‘Simy’ emerged the highest goal scorer with 20 goals.