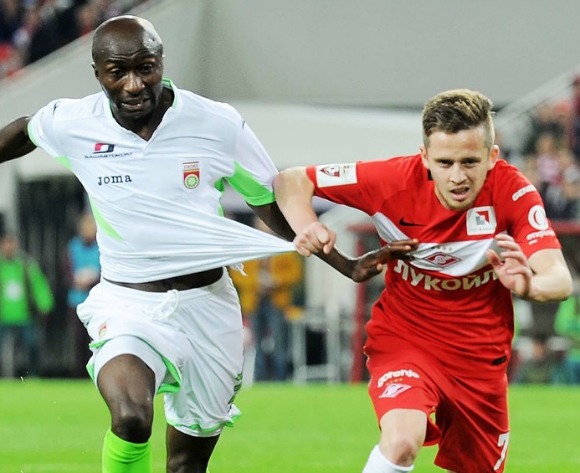 Nigeria striker Kehinde Fatai continued his impressive displays for Russian club FC Ufa as he netted in a 1-1 home draw with Amkar Perm on Sunday.

The former Nigeria youth international, who has proved to be a prolific goal scorer anywhere he has played, scored in the 52nd minute to give the home team the lead, but an own goal from Dmitri Stotskiy denied him from being a match winner again.

His compatriot Sylvester Igboun also played the full game for Ufa, while on the opposite half of the pitch Fegor Ogude played for Amkar Perm.