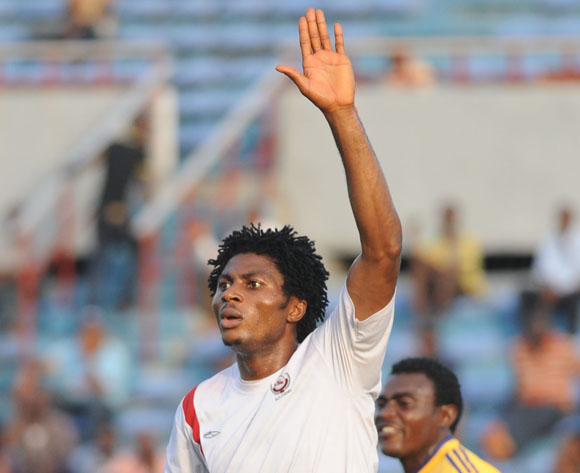 Enugu Rangers striker Ifeanyi Egwim will be “out for a long time” after he suffered a double leg fracture in Sunday’s title decider against El Kanemi, officials disclosed.

Egwim was a late substitute for newly crowned champions Rangers but he appeared to have tangled with El Kanemi Warriors goalkeeper Kazeem Yekeen and had to be rushed to an orthopedic hospital.

The player’s injury dampened the Rangers victory celebrations after they last won the championship in 1984.

Rangers coach Imama Amapakabo visited Egwim in hospital and he said: “It’s a major injury as he suffered a double fracture and he will be out for a long time.

“But we all wish him quick recovery.

“He is a strong boy and he will fight to return to action.”

Top Enugu State Government officials have now said the striker, who is in his second spell at ‘The Flying Antelope’, could well be flown abroad for surgery.