All eyes on Africa’s group stage qualifiers for Russia 2018 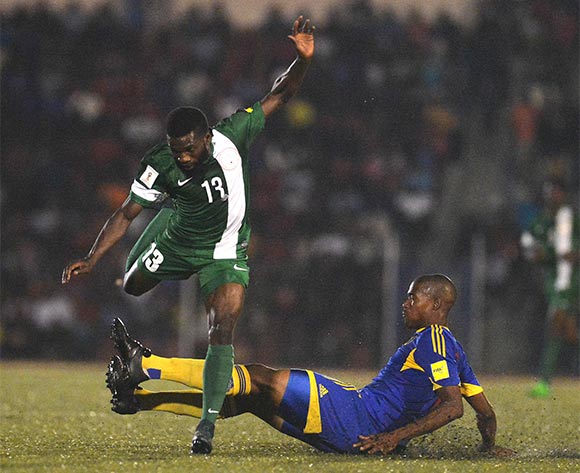 Rabiu Ibrahim of Nigeria evade tackle from Ndlove Njabulo of Swaziland during the Russia 2018 World Cuo qualifier match between Swanziland v Nigeria on the 13th of November 2015 at Somhlolo National Stadium,Swaziland © Kabiru Abubakar/Backpagepix

All eyes will be turned to Africa’s group stage qualifiers for the 2018 World Cup, with 20 teams hopeful of making a bold statement on the ‘Road to Russia’ this weekend.

In the first of six matchdays – which will run until November next year – there will be 10 fixtures played across the continent, with some of the continent’s giants looking to take early control of their groups. Remember that only the top team in each group will qualify for Russia 2018.

The action gets underway on Friday when Ghana host Uganda in Tamale for their Group E clash. The Black Stars are aiming for a fourth successive World Cup qualification, but the Cranes will come into the match full of confidence after securing a spot at the 2017 Africa Cup of Nations in their final qualifier last month, breaking a near four-decade absence from the continental tournament.

Saturday features no less than five matches, the pick of which is a West African derby between Ivory Coast and Mali in Bouake: the Elephants and the Eagles are both powerful contenders who will be desperate to get off to a fast start.

Also on Saturday, South Africa will be looking to put their failed 2017 AFCON qualifying campaign behind them, but in Burkina Faso they face tough-to-beat opponents, while the clash of Senegal and Cape Verde in Dakar is set to be a goal-laden encounter featuring two attack-minded teams.

Sunday’s action begins with Zambia hosting mighty Nigeria in Ndola, and is followed by a trio of matches featuring three North African giants.

Hector Cuper’s Egypt will have the heat turned up in Brazzaville when they face Congo in an afternoon clash, while Tunisia and Algeria will both be looking to make the most of home advantage when they welcome Guinea and Cameroon to Monastir and Blida respectively.