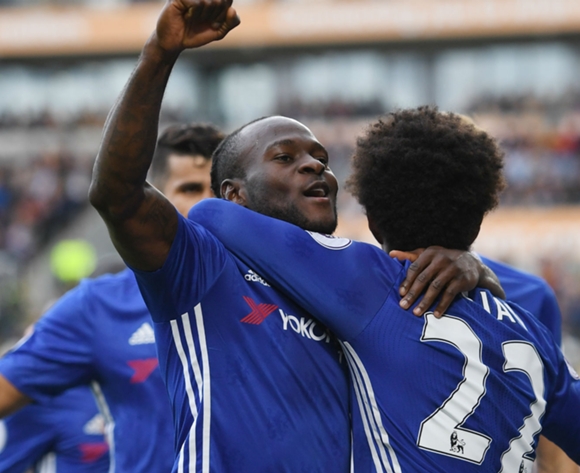 Chelsea manager Antonio Conte has praised Nigeria star Victor Moses after his performance as a wing-back in a 2-0 win at Hull City over the weekend.

The 25-year-old Victor Moses was man of the match in his new position.

And Conte has taken time to recognise the contributions of the Nigeria international.

“He played an incredible game in defensive and offensive situations,” remarked the Italian coach, who refused to ship out the player on loan for a  fourth straight season.

“He’s working hard, he deserved to play and he showed me my choice was right.”

However, Nigeria will not have the benefit of Victor Moses on Sunday against Zambia in a 2018 World Cup qualifier as he has opted out after he picked up a hamstring injury from the Hull game.