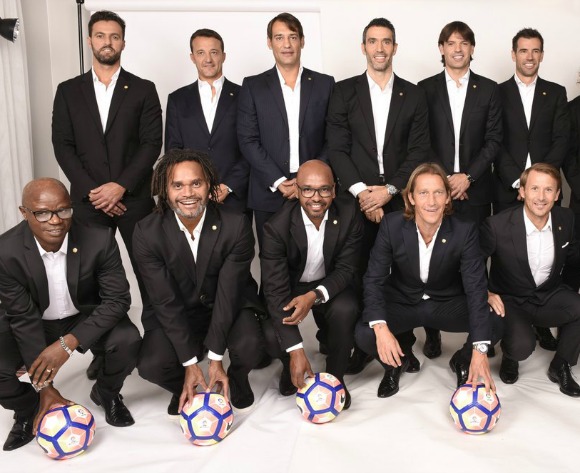 Former Nigeria skipper Mutiu Adepoju was Tuesday honoured as a La Liga Ambassador alongside top stars like Frederic Kanoute, Puyol, Xavi and Raul at an elaborate ceremony in Madrid, Spain.

Adepoju, 45, is already the country manager of La Liga in Nigeria.

The La Liga Ambassadors are expected to represent and enhance the visibility of the top-tier Spanish league in their various localities.

"It is a good one that La Liga is honouring me among other top players who have played in that league over years,” a proud Mutiu said.

“La Liga must be commended for putting this together."‎

Adepoju, who played for Shooting Stars in the Nigeria premier league, featured for Racing Santander and Real Sociedad, scoring 22 goals in 175 matches over seven seasons.