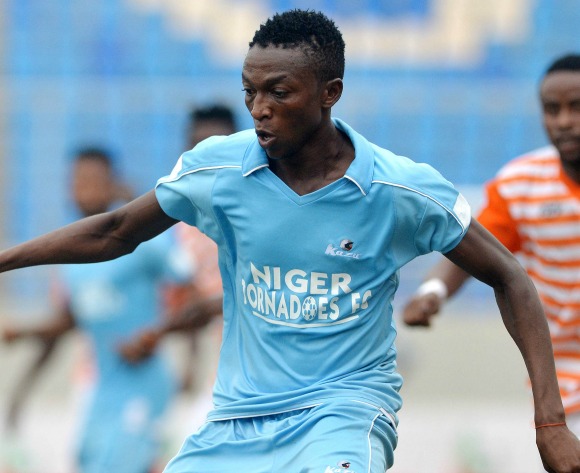 This long-serving goalkeeper single handedly took Enyimba to the group stage of this year's CAF Champions League, and still helped his team in their quest to win another Federation Cup. He saw off competition from younger shot stoppers like Femi Thomas and Moses Ocheje to be No.1 for the seven-time champions after his switch from Kano Pillars.

The overlapping right-full back was also assistant captain of Rangers, helping them to be champions again after a 32-year wait. He played at the CHAN in Rwanda and has also been part of the Super Eagles squad recently.

The fast growing left-full back of Niger Tornadoes has shown great promise in his debut season in the top flight so much so he earned himself a call-up to the prestigious NPFL All-Stars to Spain.

Athletic and hardworking defensive midfielder who never stopped running and fighting for Rangers. His long balls galvanized the likes of Obinna Nwobodo, Chisom Egbuchulam and Godwin Aguda to fire on all cylinders for the famous Enugu club. His consistency was unequalled.

The younger brother of Efe Ambrose was the rock in the defence of Wikki Tourists and his overall performance gave Wikki a CAF Confederation Cup ticket for the very first time in their history. He ought to soon get his chance in the Super Eagles on the back of what he showed at the Bauchi club this past season.

This powerfully-built Pillars defender has been one of a handful of players from the domestic league regularly considered by the Super Eagles in the past one year. He featured at this year’s CHAN in Rwanda and has stayed in the Eagles frame even in the absence of his mentor Sunday Oliseh.

The creative or attacking midfielder has again underlined his consistency in front of goal after he netted 11 goals from midfield this term. His goals kept Nasarawa United within the Top-10 and ‘The Solid Miners’ are still in the semifinal of Federation Cup. He deserves to get his chance at least with the CHAN Eagles.

The player of the season, whose contribution to Rangers winning the league can never be undermined. An enterprising player with great work rate and technique. His chipped goal from distance at Ikorodu United in the penultimate game of the season will be in strong contention for ‘Goal of the Season’ for its execution and significance. And think that he was laid off for nine months with a knee injury while on Flying Eagles duty from last year…

The highest goal scorer of the season with 18 goals. He is strong and knows his way to goal. His goals made sure modest Wikki Tourists will play international football next year after they last did so eight years ago. He has been called up to the Super Eagles and featured for the NPFL All-Stars in Spain in August.

The most outstanding player of Rivers United. He's the pride of Rivers. Ovoke was completely a nightmare to opposing defences during the course of the season. His goals ensured Rivers United picked a CAF champions League ticket in only their first season of existence.

The second highest scorer in the league with 16 goals has seen his career take off under coach Imama, who has infused a new self-belief on a player, who was previously regarded as one who should not start games. The result is that he has earned his first Super Eagles call-up and also featured for the NPFL All-Stars on the recent playing tour of Spain.