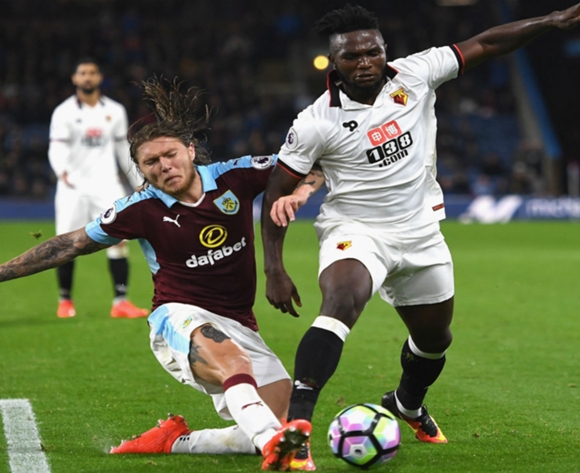 A top official has informed only AfricanFootball.com that Watford striker Isaac Success turned down his first chance with the Super Eagles after he was asked to buy his flight ticket.

The NFF reported that Success opted out of Sunday’s World Cup after he picked up a knock in a 2-2 home draw with Bournemouth so much so “he could not walk”.

But privately, officials are fuming that whatever the injury it was not serious enough to keep him out of the Zambia clash.

A very disturbed official told AfricanFootball.com: “The boy asked about his flight ticket to Abuja and when he was told to buy it and he will get a refund on arrival, he was disgusted and preferred to stay away.”

He further revealed that “80% of them complied” with this order.

Success has represented Nigeria at U17, U20 levels and was a last-minute withdrawal for the 2015 U23 AFCON in Senegal.