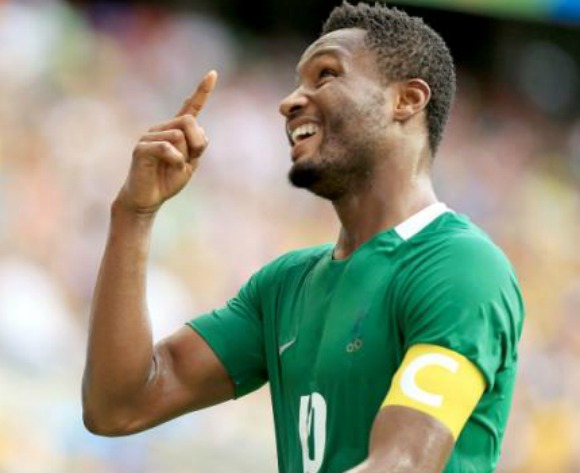 Nigeria have put behind cash problems that could well have forced them out of the World Cup qualifiers and they will be Zambia Sunday to win in an opening game of a group of former African champions.

Three-time African champions Super Eagles have featured in five World Cups, but this is most certainly the toughest qualifying campaign they will undertake if they were to be at Russia 2018.

Embattled president of the Nigeria Football Federation (NFF), Amaju Pinnick, admitted the Eagles are drawn in more than a ‘Group of Death’ and face even tougher challenges off the pitch due to the federation’s poor finances.

Players had to buy their flight tickets to come down to a training camp in the nation’s capital of Abuja with strict orders they fly economy.

They are still owed match bonuses and ticket refunds from previous games.

However, the government has now come to the rescue and the Eagles will fly to Zambia on a chartered flight with promises they will receive some of their payments before ‘The Battle of Ndola’.

In a tight group that also has 1990 AFCON winners Algeria and four-time African champions Cameroon, Nigeria will be under pressure to beat hosts and 2012 AFCON kings Zambia so as to lift their own self-belief as well as get the fans behind them after they failed to qualify for AFCON 2017.

After a dress rehearsal in last month’s AFCON qualifier against Tanzania, new coach Gernot Rohr will hope Nigeria extend a favourable head-to-head record against the Chipolopolo, who last beat the Eagles in a competitive game 31 years ago.

Zambia walloped Nigeria 5-1 in the first–ever encounter, a 1974 Africa Cup of Nations qualifying match in Lusaka on 15th July 1973.

Nigeria’s 3-2 win in the return leg in Lagos two weeks later was of no effect.

Both teams battled to a 0-0 draw in Accra at the 1978 Cup of Nations, but Zambia then gained two successive 3-0 wins over Nigeria – a friendly in Lusaka in 1981 and a group phase clash at the 1982 Africa Cup of Nations in Libya.

However, the Zambians have not beaten the Eagles in a competitive match in the past 31 years.

Nigeria edged a memorable Cup of Nations final in Tunis in 1994, and then prevailed over the Zambians 5-4 on penalties after a 0-0 draw in the quarterfinals of the 2010 AFCON in Angola.

None of the 16 previous clashes were a World Cup qualifying match.

“We respect Zambia and won’t take them for granted, but we have everything to win in Ndola,” said Turkey-based defender Musa Mohammed, who has fitted in nicely in the problematic right fullback position.

Injury to Leon Balogun from Bundesliga club Mainz 05 has meant his solid central defence partnership with William Troost-Ekong has been altered with recalled Kenneth Omeruo moving in.

Bereaved Watford striker Odion Ighalo has been excused for Olympiacos striker Brown Ideye to lead the attack in a 4-2-3-1 formation with youngsters from the Premier League Kelechi Iheanacho (Manchester City) and Alex Iwobi (Arsenal) deployed behind him.

Zambia skipper Rainford Kalaba and goalkeeper Kennedy Mweene lead nine overseas pros for Sunday’s showdown and they have expressed confidence they will carry the day.

With more than half of the squad drawn from the domestic league, they will be expected to play with a lot more cohesion than their visitors.

Star striker Collins Mbesuma will always look overweight, but the Goal King of the South African league last season has continued to prove he still knows his way to goal.

“We have to fight for each other. If we wish to be at the World Cup we must win at home,” urged South Africa-based Mweene.

“We will all put 100% on Sunday and it will be a good thing to give the new coach a first win in his first game,” added the exciting Kalaba.

“The players are looking good and looking forward to the game. The confidence is there and the boys are smiling.

“The fans must rally be behind the team, this game is crucial not just for the players, but the whole country.