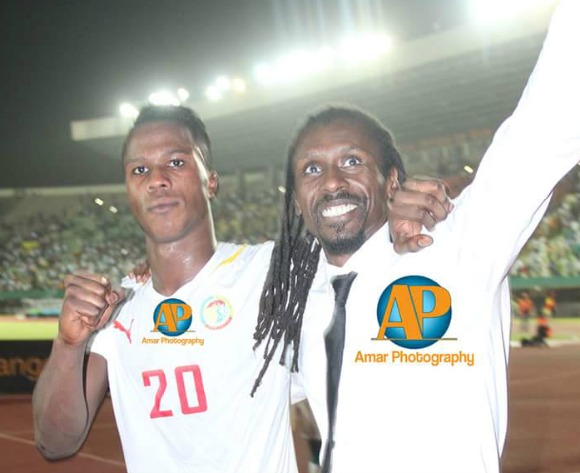 Lazio striker Diao Balde Keita is the new star of Senegal after he scored an opening goal in a 2-0 home win over Cape Verde in a World Cup qualifier.

Saturday night, the Teranga Lions shot to the top of Group D, which also has South Africa and Burkina Faso, who played out a 1-1 draw in Ougadougou, on the back of this win.

Keita, who was born in Spain and started out at the mighty Barcelona, hit target for Senegal after 23 minutes when he drifted into the middle of the box before he fired a powerful low shot past the Cape Verde goalkeeper.

The 21-year-old Keita, who spent seven years at the famous Barcelona Academy, was direct and decisive.

Bafana Bafana of South Africa will do well to keep a close eye on this explosive striker when both teams clash in continuation of the World Cup qualifying series next month.

Senegal completed a comfortable home win when Moussa Sow scored a second goal late in the game thanks to an assist from the mercurial Sadio Mane.

For Keita, the Leopold Sedar Sengor Stadium (LSS) in Dakar is fast becoming a favourite hunting ground – two goals, an assist and causing a penalty in favour of Senegal in just three matches.