What is the big deal about Iwobi and Iheanacho? 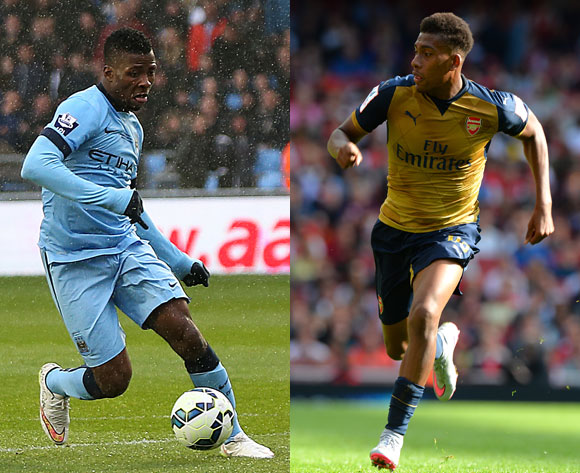 Iheanacho (left) and Iwobi both scored in Zambia on Sunday. What is the big deal about these youngsters?

Few months ago on my Facebook wall, in my usual manner of seeking public opinion on issues, I asked my friends about Alex Iwobi, who I think is an average player.

What's the hype around him? Just because he plays at Arsenal or because he is the nephew of the legendary ‘Jay Jay’ Okocha? Seriously what's the big deal with that....?

Concerning Iheanacho, who I once tagged a rough diamond in one of my recent articles, so, just because he is a Manchester City player and of course a FIFA U17 World Cup winner..... is there anything new about that? What’s the big deal?

Iwobi and Iheanacho are young lads who grew right under our noses and are developing into fine players.

They can make the Super Eagles great again if we can assemble young legs like them and look away from the old men with their fake ages. With time, we could reproduced the 1994 AFCON-winning Super Eagles squad. That's the big deal.

Their youthfulness, consistency, skills, patriotism and humility, unlike the now old guys with opposite attitude at their age is a plus and of course a big deal.

Iwobi is so fluent with his passing and dynamism, he also reads the game well for one so young; Iheanacho, on the other hand, is a natural goal scorer who reminds me of Didier Drogba. I think he can find the net with his eyes closed. That's the big deal.

Both guys bar injury are surely here to stay and we need to start searching for more young legs and unearth more talent rather than keep calling up old legs,  drowned in their ego and wealth. The youths are taking over the Super Eagles, let’s rejoice because it’s a big deal.

Iwobi snubbed England for Nigeria and shining like a bright diamond unlike Ibe (hybe) who shunned Nigeria for  England and may likely not smell the England senior national team, Iwobi's decision is a big deal.

Iheanacho started from the junior cadres like Nwankwo Kanu and he fast growing into a fine player in his own right.

Iwobi scored his first ever international goal with many more to come without a doubt, that's a big deal.

Iwobi and Iheanacho were denied appearances by Samson Siasia during the AFCON qualifiers - we did not qualify, maybe those guys would have scored and helped the team, that would have been a big deal.

Arsenal are now set to give Iwobi an improved deal after his impressive performances, that is a big deal.

Iheanacho's goal against Zambia is pure class, I've never seen anything like that before, that GOAL was a big deal.

The emergence of these talents gives us hope for a brighter future for the Super Eagles, and so it becomes a big deal.