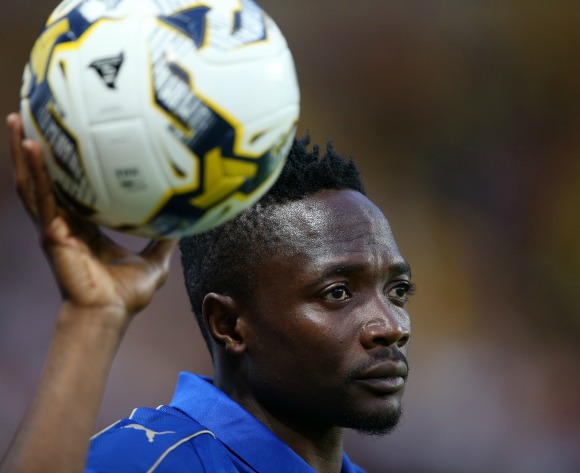 Zambia skipper Rainford Kalaba has admitted some of the players were intimidated by the several Nigeria stars who play in the Premier League in England and this caused their loss Sunday.

READ: How Nigeria's Super Eagles soared past Zambia in Ndola

Zambia lost for the first time in Ndola with Premier League stars Alex Iwobi and Kelechi Iheanacho scoring for Nigeria in the first half.

The other Premier League stars on the squad were Chelsea midfielder Mikel Obi, Ahmed Musa from Leicester City and Brown Ideye, who has previously featured for West Bromwich Albion.

Kalaba revealed these stars scared some of his colleagues.

“Playing against experienced players based in Europe, some of the guys were scared of playing against them because they always watch them every weekend in the Premier league and when they see them live, it is often difficult for them to concentrate on the game,” reasoned the TP Mazembe star who posted a short-lived stint in Portugal many years ago.

“In the first half some of the guys were a bit scared, but in the second half we all saw how things went and we controlled the game.

“There are even more stars in Algeria and Cameroon, so this must be big lesson for us.”

Kalaba further said of his impression of Nigeria,” We respect Nigeria because they have some good players.

“They have some experienced players in the midfield and they were well organised.”

The exciting forward said the pressure will now be on the Chipolopolo to get their qualifying campaign back on track.

“Losing our first game has brought more pressure on us, but we hope to improve,” he admitted.

“We are all very disappointed we lost at home because it was important to start (this competition) well.

“We still have time to work together with the coach so that we that we could rectify the mistake we have made.”