Anderson Esiti says he's back in Eagles to stay 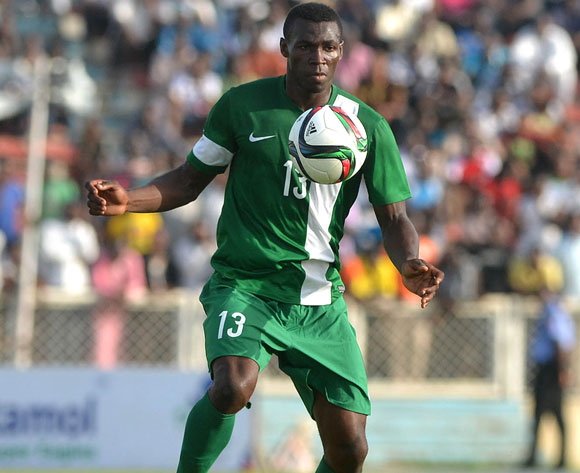 Belgium-based midfield enforcer Anderson Esiti has said he is back to stay put in the Super Eagles after he featured in Sunday’s showdown against Zambia.

Nigeria won 2-1 in Zambia with Esiti a second half replacement for striker Brown Ideye as Eagles fought hard to defend a slim lead against a gamely home team.

The 22-year-old Esiti had to shake off fever to play his second match for the Eagles after his debut in June 2015 against Chad.

“I believe I have come to stay in this team,” a confident Esiti declared.

“I had hoped to play at the Rio Olympics but in the end I was not picked.

“Against Zambia on Sunday, I was instructed by the coach to go and shield the defence as the home team were piling pressure on us.

“We focused and got our tactics right and also the three points.”

He said he is proud to now play alongside players like Chelsea star Mikel Obi, who he used to watch on television while he was growing up.

“It was great to play with Mikel, who I used to watch on television as a young player coming up,” said the Gent ace, who scored in a test game win against Plateau United preparatory to the World Cup qualifier in Zambia.

“All the big players like Ogenyi Onazi and Brown Ideye had welcomed me.

“And the spirit in the team has been great.”