I'm not a lazy player fires back Sammy Ameobi 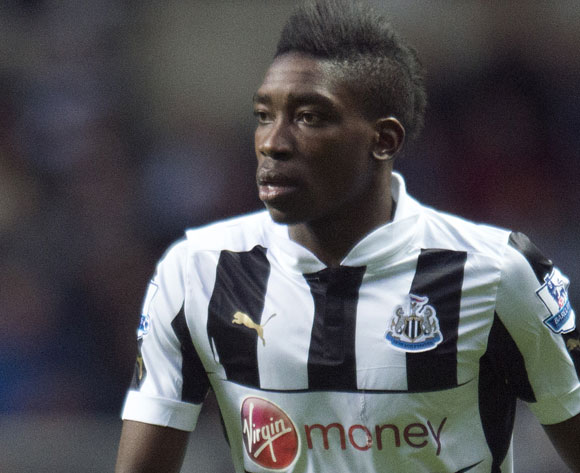 Newcastle United forward Sammy Ameobi has insisted he is not a lazy player.

“I’m a bit like Shola (his older brother) - quite a lackadaisical style - and people assume that’s laziness but it’s just the way I carry myself,” he argued.

“I am trying to work on it. I’m trying to look more enthusiastic, if that’s possible.

“And hopefully it will go into my gameplay.”

He added: “It’s about regular starts now - I want to play.

“A lot of my career I’ve just been a sub, 15-20 minutes here and there, never really having that long spell of games to get into my legs and my body.

The Nigeria-born Ameobi is in his last season of his contract at Newcastle United and his currently on loan at Bolton Wanderers till January.

“I can’t take this opportunity for granted - not that I ever would - but I know it’s likely I’ll make another move,” he said of his latest loan move.

“I want to do well for Bolton; it’s a great club and I want to take them up.

“I needed that goal [against Blackpool] really because it’s been a tough start.”

Bolton boss Phil Parkinson described Ameobi as “unpredictable” following the win over Blackpool and stressed that the Lancashire club were “building” the winger up to reach his potential.

Ameobi himself has made more than 50 league appearances for Newcastle but the majority of those have been as a substitute, while previous loan spells at Middlesbrough and Cardiff City proved underwhelming.

But the winger hopes to follow in his elder brother’s footsteps - Shola spent part of last season at Bolton - and impressed at the Macron Stadium.

“I need more consistency - in games and my day-to-day training,” the United loanee admitted.

“Since I got here I’ve been pushing hard.

“I want the manager to think, ‘he’s on it’ - every day of the week, not just coming here for a few games and a relax.

“I need that work ethic to translate to my games and, if I’m honest, it’s something I have struggled with in the past.”