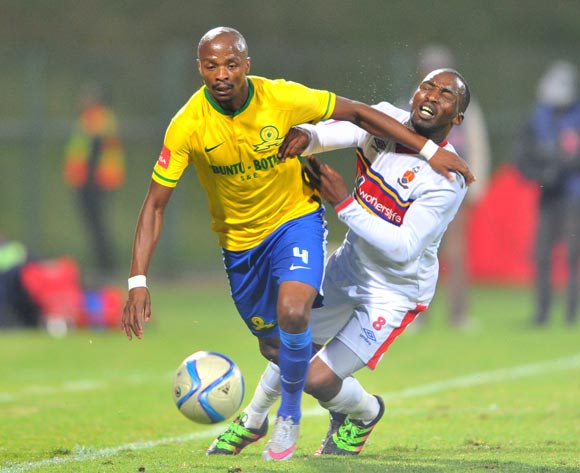 Mamelodi Sundowns left back Tebogo Langerman says he never took the CAF Champions League seriously in the past.

The Bafana Bafana defender was speaking to reporters ahead of the CAF Champions League encounter against Zamalek in Tshwane this Saturday.

With the Brazilians having previously defeated the White Knights twice during the group stages, they will now want to bag their third win and raise their hopes in the return leg.

Although he did not play against Burkina Faso last Saturday, the 30-year-old is now a regular in the national team set up and now realises the importance of CAF club competitions.

"Playing in Africa has helped me a lot even though I was not even interested," said Langerman to Sowetan.

"When coach Pitso Mosimane introduced this African thing we didn't take it serious.

"It has helped me a lot playing for Sundowns in Africa, because we are playing against the same players when we are with Bafana.

"It becomes easier for me. I have won a lot of cups here at home, but winning the Champions League will elevate me to a different level.”

Meanwhile, Mosimane's men are set to be without their key striker, Leonardo Castro, who is carrying a knee injury.

Lucas Moripe Stadium is the venue for the tie which is set to kick-off at 15:00 on Saturday in Atteridgeville, Pretoria.