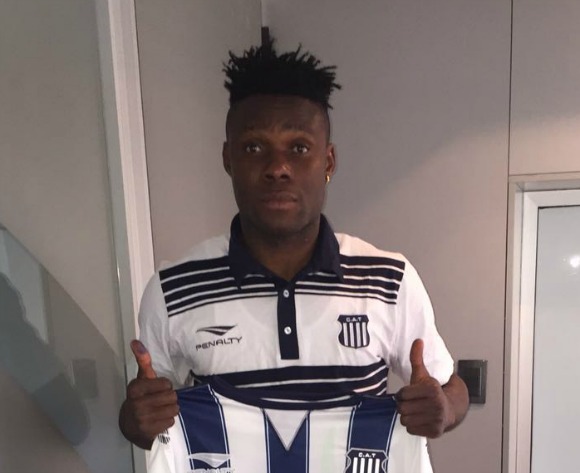 Former Sunshine Stars striker Afolabi Okiki has continued to train with the reserves of Argentine club Talleres de Cordoba with the target to move to Europe by January.

Okiki, who has also played for Shooting Stars, has signed a year’s loan deal with Talleres de Cordoba.

The big striker is being groomed to bag a contract in Portugal or Spain when the transfer window reopens in January.

“Okiki has settled down nicely and he has been featuring for the second team of his Argentine club,” a source informed.

“The plan is for him to be shipped out to either Portugal or Spain in January.”

Nigeria U23 winger Tonbara Tiongoli and another Nigeria forward from the non-league simply known as “Emeka” are also training at Okiki’s Argentine club.