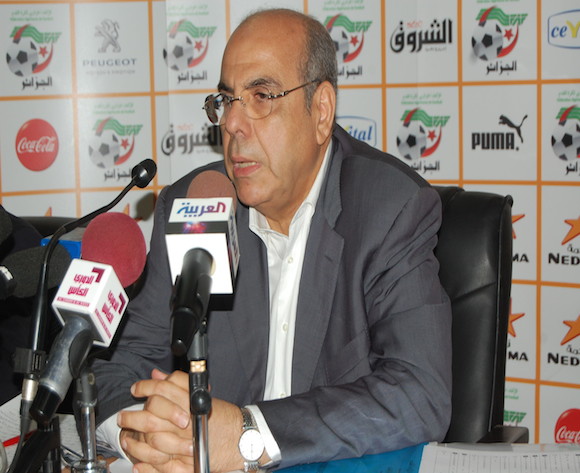 The president of Algeria Football Federation (FAF) has insisted the country’s players were not to blame for the departure of Serbian coach Milovan Rajevac.

FAF president Mohamed Raouraoua admitted there were heated discussions in the dressing room after the home draw with Cameroon, but later frayed nerves calmed down.

“The players were not behind the departure of the coach,” the top official told Algeria TV.

“Things happened in the dressing room, which is something quite normal in other stadiums around the world, whether for clubs or national teams.

“Sometimes these discussions are heated, but they always clam down and end at the end of the game. And that’s what happened this time.”

The FAF boss said they have since swung into action to replace Rajevac.

Rolland Courbis and Rudi Garcia among the coaches being targeted.

Courbis has handled local club USM Alger, while Garcia was in charge of Roma.