Nigeria's Yusuf says Zamalek ready for anything at Sundowns 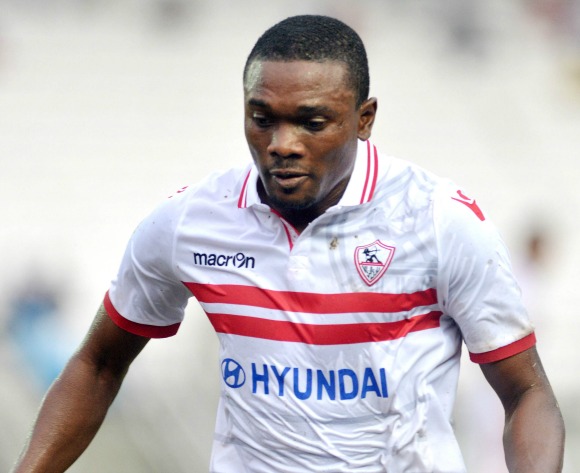 Nigerian midfielder Moruf Yusuf has said his Egyptian club Zamalek will be ready for anything Mamelodi Sundowns will throw at them in Saturday’s CAF Champions League final in South Africa.

Zamalek lost both at home and away to Sundowns in the group stage of the competition, but Yusuf has insisted they have the character to weather the storm this time against the South African champions and be African champions again.

The 24-year-old Yusuf has praised his teammates for coping with they tough conditions they have faced to get to the championship games.

“We’ve got quality players who are ready for any situation or condition,” he said, while recalling how they soldiered on playing on a bad and rain-soaked pitch in Nigeria against Enyimba.

“I was surprised with how we played that match, because no Zamalek player has ever played in that kind of situation before.

“I was shocked because of the pitch’s condition and with the rain as well, but the players said that we can do it and let’s do it together.”

Sundowns aim to be only the second South African club to be African champions 21 years after Orlando Pirates achieved this feat.

Zamalek, on the other hand, are gunning for a sixth Champions League.