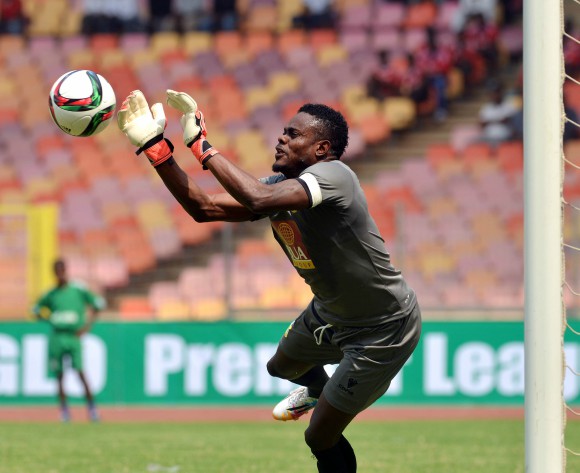 Experienced goalkeeper Theophilus Afelokai has said he wishes to win his first cup with Enyimba this year.

There have been reports of discontentment at Enyimba over money, but former Kano Pillars shot stopper Afelokai has insisted his personal target is cup glory, which has so far eluded him.

"I am not distracted about the indebtedness of Enyimba to me. I just want to win the Federation Cup,” he said.

"This is a trophy I have never won in my entire career. I have won the league on four occasions with Kano Pillars.

"The semi-final is my next target, I'll give it my all come this weekend against Nasarawa United. After the match we will start thinking of FC IfeanyiUbah (who have qualified for the cup final), but not now.

"I just want to win the cup after all the I've put in this season.