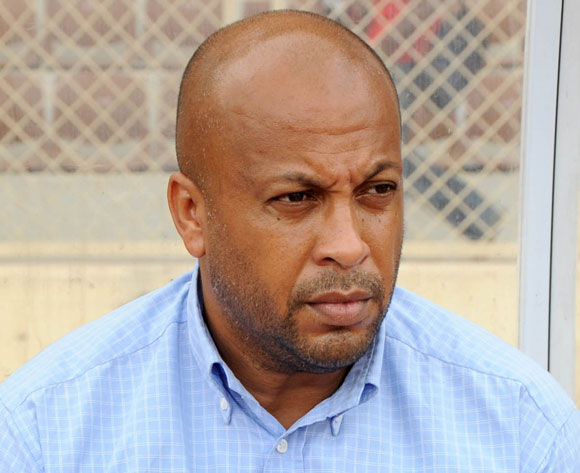 Embattled Enyimba coach Paul Aigbogun has said he believes cup triumph will cushion a tough run for his club this year.

The Aba club face Nasarawa United in Federation Cup semi-final today in Ibadan with the winners up against FC IfeanyiUbah in the final.

"We want to go out there and show the Enyimba character. It's a cup game which means it could go either way but we see it as an opportunity to put a rose on a very tough season," Aigbogun said as he looked ahead to the Nasarawa Unite clash.

It has indeed been a very difficult season for Enyimba's class of 2015/2016. Failing to successfully defend last season's League title and subsequently missing out on the first runner-up and second runner-up slots have left the club grasping at the straws; seeking the Federation Cup as their route to some joy as the season winds to a close.

The Federation Cup itself has always been the solace for Enyimba especially in the more recent past when Kano Pillars held firm to the League title.

‘The People's Elephant’ were back-to-back Federation Cup Champions in 2013 and 2014 and they remain one of the country's most successful teams in the competition after the 90s.

It is not surprising hence how they have left themselves an open door to end the season on a high.

Enyimba have cause for optimism following their last visit to Ibadan. The club faced Rivers United at the Lekan Salami Stadium in July but ran the eventual League runner-ups over in one of their most impressive performances of the season.

Defender Uche John said he hopes for a repeat performance.

"It was one of best performances this season," the center back said. "The way we started the game, the intensity and willingness to attack. We never allowed them to settle. Within the first 20 minutes, their back four each had a yellow card.

“If we play like that today then we can come out with a good result."

Uche and co will have two familiar faces in the opposite half to worry about in Saturday's semifinal.

Striker Abdulrahman Bashir swapped colours for Nasarawa United at the start of the season, while winger Thomas Zenke donned an Enyimba shirt three seasons ago.

Daniel Etor warned Enyimba must be very mindful of the duo.

"You know any player Enyimba buy is quite good, but these two are very talented and creative", Etor pointed out.

"Bashir is very dangerous and very quick. We have to be mindful of them. They will want to come at us because they know us very well but also bear in mind that they are also afraid of us.

"It will be a very tough game," the winger predicts, "but I believe we will carry the day."