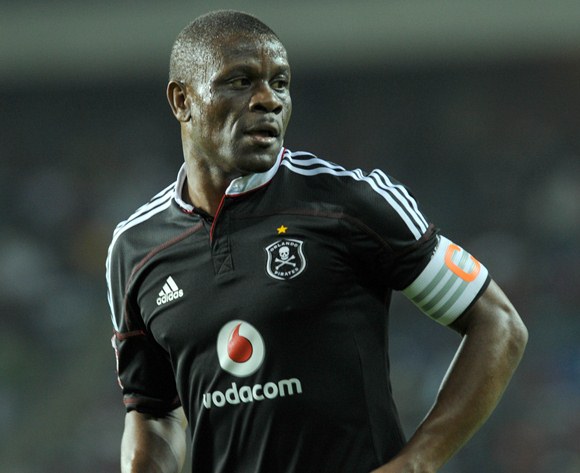 Lekgwathi was part of the Buccaneers side which lost to Al Ahly in 2013 final and he now wants Mamelodi Sundowns to beat Zamalek on Sunday in Cairo.

The Brazilians are on the road this week heading to Cairo for the second leg of the final with a 3-0 advantage from the first leg tie in Pretoria last Saturday.

ANTHONY LAFFOR AND JEREMY BROCKIE ARE MEN OF THEIR WORD

'Phinda Mzala' said it is pleasing to see the Brazilians challenging for continental honours and wants more teams to follow suit.

“I did not take the club continental tournaments seriously and I now see why the North African countries wanted them the most," said Lekgwathi.

“This is very special for the club and country, I want to see Sundowns winning it because we will now have two winners in Southern Africa.

“I would like to urge teams like Kaizer Chiefs, SuperSport United and Bidvest Wits to take these tournaments seriously.

“In the end, this gives experience to the players and that bodes well for the national team.”

Pirates remain the only South African side to have won the premier club tournament in 1995, beating Cote d'Ivoire's Asec Mimosas.

We all behind masandawana as we're hungry for that star We wish them all the best ahead of this tonight's game In dispute if the Egyptians treads,