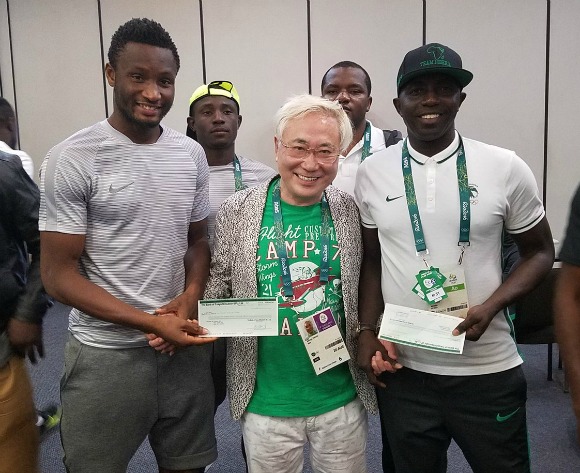 We can exclusively reveal that some officials of the Nigeria team to the Rio Olympics have already received their cash from the $390,000 donated by a Japanese admirer at the games.

It was understood that the cash backup for the cheques has finally come through more than two months after the donation and already a number of officials have received their payments.

Wealthy Japanese surgeon Katsuya Takasu was highly impressed with the performance of the Samson Siasia-led team to Rio 2016 despite the many hurdles they faced and wrote out two cheques, one in favour of Siasia and the other for Chelsea star Mikel Obi.

The team agreed that the players be paid by Mikel, while Siasia sort out the officials.

The documentation for the cheque in Mikel’s name is expected to be completed this week for the players to also smile to the bank shortly.

Both players and officials had earlier expressed fears after the long delay it took to cash the cheques.

Nigeria finished third at the Rio Olympics to complete a football Olympics medals set – Gold in 1996, silver in 2008 and bronze in 2016.