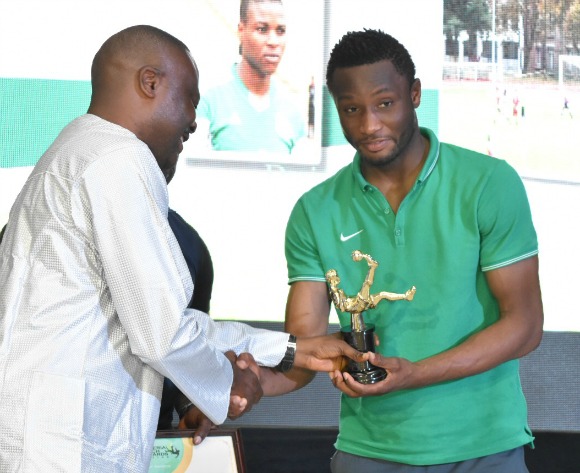 Organisers of the prestigious Nigeria Pitch Awards are set to host the 2015 Award Winners in an event in Lagos in November.

The event which will have in attendance top officers of the Nigeria Football Federation (NFF) and sport editors is billed to honour and celebrate the winners and formally present certificates and statuettes to those who were unavoidably absent at the award ceremony in Kaduna.

Shina Philips, the president of the Nigeria Pitch Awards, stated that organisers are constantly working to maintain the core values of integrity, credibility and transparency which have helped the football awards carve a niche for itself in Africa and to improve on the voting process and organisation of the award ceremony itself.

He also stated that the annual award ceremony would henceforth hold on one of the International Match Days in the month of March especially on Super Eagles Match Days.

“This will enable all members of the Super Eagles, football stakeholders and sports journalists to come together to celebrate all winners at the same time”, Philips said.

Philips further reiterated the determination of the organisers to stage award ceremonies which will guarantee the presence of award winners stressing that this was the key reason the ceremonies would hold on match days.

He said, however, ‘ nomination and voting would commence in December every year because by then, the NPFL would be over and voters would have had one full year to assess the foreign based players’.

“As organisers, we are proud of the great work that Shehu Dikko, Nduka Irabor and the entire staff of League Management Company have done to revive our domestic league,” he commended.

“The attendance in the final match between Rangers and El Kanemi  is an indication of the success the LMC has achieved with our domestic league.

“The match recorded an unprecedented attendance of 48, 000 spectators and 3.5 million TV viewership.”