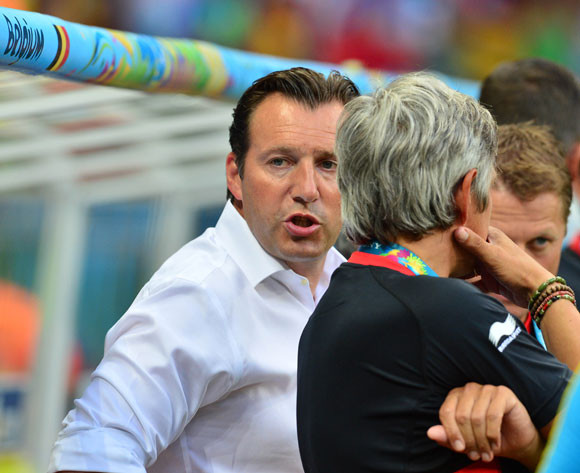 According to the Algeria News Agency, negotiations between Wilmots and FAF president Mohamed Raouraoua in Brussels broke down over finances with speculations being that the Belgian coach’s asking price was beyond the budget of Algeria.

As a result of this, Frenchman Rolland Courbis has now emerged as the favourite to replace the Serb Milovan Rajevac, who quit his post earlier this month after Cameroon forced Algeria to a 1-1 draw in Blida in a World Cup qualifier.

However, Wilmots has insisted money was not the reason he turned down Algeria.

A Belgian journalist, Thierry Luthers, said he spoke with Wilmots, who denied money was the stumbling block.

The journalist further said the coach told him he could return to national team management “in two, three years” possibly because of how his career as Belgium coach ended in a huge disappointment.

Belgium under Wilmots were one of the leading favourites to win the 2016 Euros in France only for them to fail so miserably.

Wilmots will rather consider returning to club football soon.