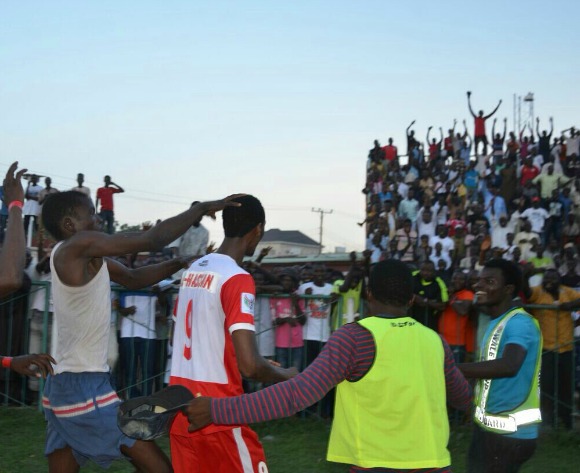 Wikki Tourists striker ‘Muazam’ Alhassan Ibrahim, who is on the radar of champions Rangers, has said he will be in Uyo shortly to finalise a move to Akwa United.

“I hope to sign for Akwa United to follow my mentor coach Abdu Maikaba, who is a father to me,” the former Golden Eaglets sensation said.

‘Muazam’ helped Wikki qualify for next year’s CAF Champions League after they finished third this past season.

The tall, elegant forward, once hailed as ‘The New Kanu’, joined the Bauchi club in mid-season.

He celebrated his Wikki debut with a brace and man-of-the-match debut against his hometown club Kano Pillars.