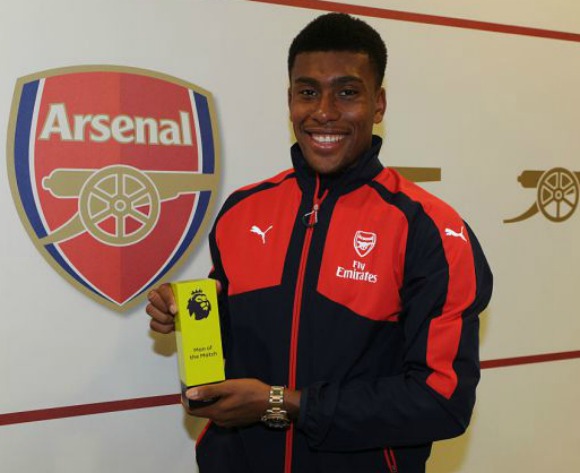 Iwobi shows off an award this season

Legendary Manchester United boss Alex Ferguson has said impressive Nigeria star Alex Iwobi will be one of the reasons Arsenal will be title contenders this season.

“The team is more sturdy. They’ve got better and more aggressive.

“I think there’s five potential candidates: Manchester City as favourites, Tottenham and Liverpool, but also Man United are still there if we get some consistency soon," he predicted.

“Even when you are trailing by six, eight points, it’s still possible to catch one or two teams.

“The rivalry and the experience of Guardiola and Mourinho make for an exciting competition.

“And you shouldn’t forget Arsenal. The team is more sturdy.”