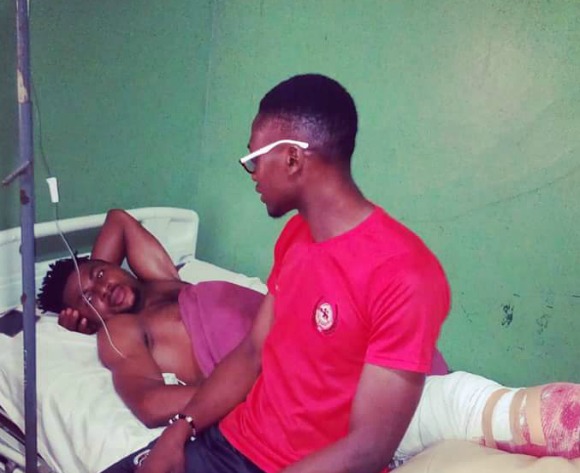 Egwim in hospital with Rangers TM Ameobi Ezeaku by his side

Injured Rangers striker Ifeanyi Egwim was today discharged from the National Orthopedic Hospital in Enugu after he was admitted four weeks ago.

Egwim fractured his leg during a final league game at home against El Kanemi and he had to undergo two surgeries.

“He has been discharged and has already made remarkable recovery. He now moves around with the help of crutches and we believe in the coming days, there will even be more improvements,” said Rangers doctor Emeka Onyia.

“We are all happy for Egwim,” he said.

The striker, who is in his second spell at Rangers, has received a lot of support from fellow players and officials since his injury.

Enugu State Governor Ifeanyi Ugwuanyi visited the player in hospital and presented him with a cash gift of a million Naira.