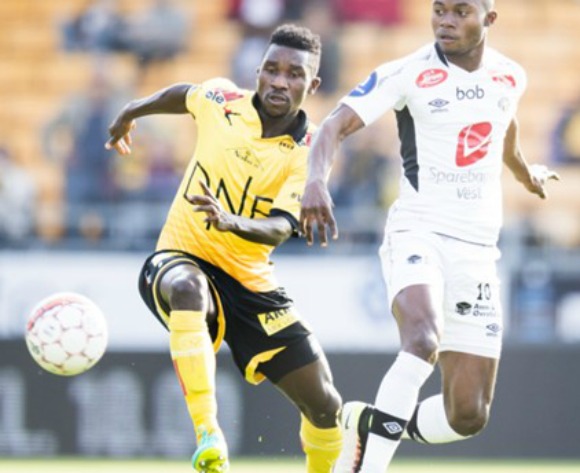 Versatile Ifeanyi Matthew will likely play again as a makeshift right back in tonight’s crucial derby against bitter local rivals Valerenga due to the injuries that have ravaged his team Lillestrom.

Matthew played at right back in his team’s last game, a 1-1 draw with IK Start.

Interestingly, the former Kano Pillars and El Kanemi Warriors star also slotted into that position at the 2013 African Junior Championship in Morocco.

He could also play as a defensive or central midfielder.

Tonight’s game is finely poised as Lillestrom are battling to escape relegation, while Valerenga appear to have already survived as they have 34 points.

Lillestrom are on 30 points and 12th on the table, but both Bodo/Glimt and Tromso, who are in the relegation playoff bracket, also have 30 points with two matches to the end of the season.