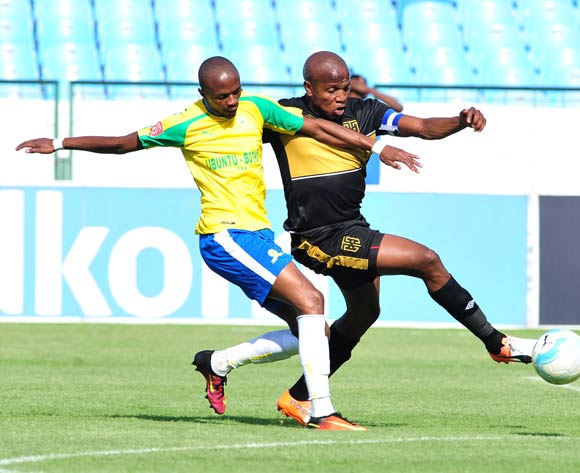 Manyama bagged a brace as the Brazilians succumbed to their first defeat as newly crowned African Champions. Sundowns clinched a first CAF Champions League crown with a 3-1 aggregate win over Zamalek in the final this month.

The 26-year-old Manyama, who previously played in the capital for SuperSport United, believes he and his teammates were well worth all three points as they moved up to fifth on the Premier Soccer League log standings.

"Obviously this [Sundowns] are the number one team in Africa and you have to give them the respect they deserve, we had a plan to let them have the ball with their centre-backs's rather than opening us up through the middle and it worked for us," Manyama told SuperSport TV in the aftermath.

"We knew they were going to attack as they always push players forward in attack, but we were always up for the counter - we were patient, but lucky we took our chance and we could have had more. That is football and we learn from these things.

"A lot of credit also has to go to the coach, it is not only the players - he told us to believe in what he was planning; we did and it worked.

"We played the number one team in Africa, I personally, though, never stopped believing - I knew we would get our chances and it worked for us. Let's enjoy it, but we have another big game coming up in midweek," he concluded.