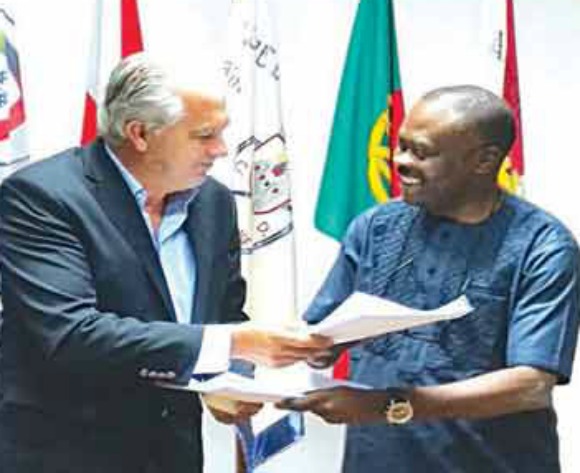 It can exclusively be revealed today that owner of promoted Remo Stars invested $3.5 million in Portuguese club Feirense.

A top source specially confirmed that Kunle Soname, a one-time local government chairman in Lagos State, made a huge investment at the modest club for them to gain promotion to the top-flight league in Portugal this season after a five-year absence.

Nigeria internationals Oghenekaro Etebo and Dele Alampasu are on the books of the Portuguese club.

However, young goalkeeper Alampasu has been shipped out on loan to the lower league to get more playing time and gain experience.

And already, he is expected to start reaping his investment after the club were paid 3 million Euros as their share of the television rights money for this season.

“Soname invested about $3.5 million at Feirense and already he is set to recoup part of this huge investment through his own share of the money from the television rights,” a top source informed.

“The club have been paid three million Euros as their own share of the television broadcast rights for the league and the cup in Portugal.”

Soname is also the financier of Remo Stars, who have won promotion to feature in the Nigeria Professional Football League (NPFL).