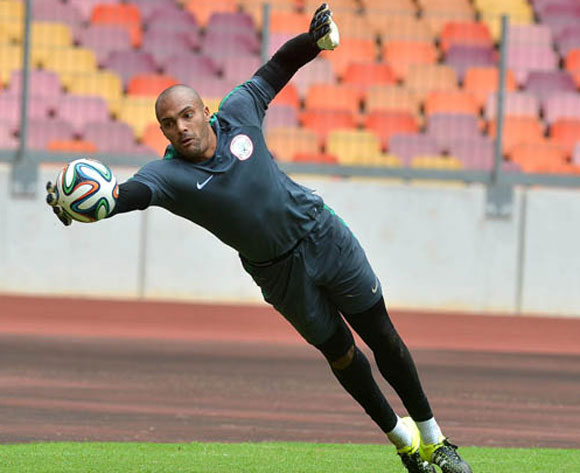 Injury has ruled out Nigeria goalkeeper Carl Ikeme from an all-important World Cup qualifier at home against Algeria later this month, officials said.

Ikeme, 30, was forced out of the English Championship game at Blackburn Rovers at the weekend due to a hip injury.

“Yes, he’s out of the Algeria match due to injury,” said spokesman of the Nigeria Football Federation (NFF), Ademola Olajire.

The player contacted the NFF to inform them of the severity of his injury.

The official said they are now waiting on coach Gernot Rohr to name a replacement for the Wolverhampton Wanderers shot stopper.

Likely replacement would be Olympic team goalkeeper Emmanuel Daniel or South Africa-based Daniel Akpeyi, who also deputised for him when he was unavailable for an AFCON clash in Egypt in March due to a stomach problem.

This is a major blow for Nigeria as Ikeme has established himself as the country’s No.1 goalkeeper since his brilliant debut in a 2017 AFCON qualifier in Tanzania in September 2015.

He was the man of the match after he made several big saves for Nigeria to beat hosts Zambia 2-1 in Ndola last month in an opening World Cup qualifier.